We’ve gotta get ourselves back to the garden

Maybe its the time of year or maybe its the time of man….but it’s definitely the time to get back to the garden. As the last third of winter descends on the Green Farmacy Garden, we are back pruning woody plants and removing the last year’s annuals and perennials stubble of dead growth wearing t-shirts one day and bundled up in our thick coats the next. Climate confusion with a fluctuating roller coaster of hot and cold temperatures seems to have become the norm the past several years. The early warmth last week of temperatures close to 80 degrees summoned new growth and buds to swell only to be followed by a sudden dip back to the freezing 20’s and unfortunately nipping the tender growth. Plants such as the coltsfoot and butterbur emerge yearly as the earliest bloomers and push up their flower inflorescences prior to their leaves. Slippery elm, horny goat weed, Chinese coptis, vinca minor, Christmas rose, shepherds purse and bitter cress are also amongst our early flowering arrivals.

It’s also the time of year that many folks still exhibit lingering coughs.  Possible relief for respiratory irritations from two of our early bloomers comes to mind.  Coltsfoot, Tussilago farfara, a member of the Aster family, with its sunny yellow flat topped ray flowers upon a scaly scape are easy to spot among the decaying leaves. Coltsfoot is indicated to reside in our asthma, bronchitis, cold and smoking plots – but currently is only in our asthma plot. The dried flowers and horseshoe shaped leaves are traditionally used for their mucilaginous, soothing, expectorant and antitussive qualities. While coltsfoot was used for centuries as a respiratory demulcent, there are now safety concerns with prolonged and large dose uses of this plant due to the pyrrolizidine alkaloids – specifically senkirkine -that are found in the plant. The pyrrolizidine alkaloids may have hepatotoxic (liver harming) properties, and for that reason, it is not recommended to take coltsfoot except for short periods of time and at low doses. Coltsfoot is taken as a tea of the dried flowers and leaves, but cautioned to use only in small doses and not by those who have a compromised liver, children, pregnant or nursing moms.

While there may be a risk with taking coltsfoot as an expectorant, slippery elm poses no apparent safety issues. Slippery elm, Ulmus rubra, is harvested for its slimy or mucilaginous inner bark. At the Green Farmacy Garden, we harvested small diameter twigs last week to keep our tree from getting too tall; but to get the best medicine, harvest when the sap is running on larger diameter branches or trunks. Slippery elm, like American elm, is susceptible to Dutch Elm disease spread from a fungus and an elm bark beetle. Slippery elm is also on the United Plant Savers “at risk*” list. Sustainable harvest is essential for this native plant. Only harvest from plants that may be subjected to Dutch elm before the inner bark is affected or only take branches or parts of the bark of healthy trees without girdling the tree. Girdling kills the tree by cutting off the food and water routes of the plant and could invite Dutch elm disease. Cut off the corky outer bark to find the slimy inner cambium layer that readily peels off. Dried slippery elm bark can be chewed as is, or made into powder for a delicious nutritive porridge or a tea. 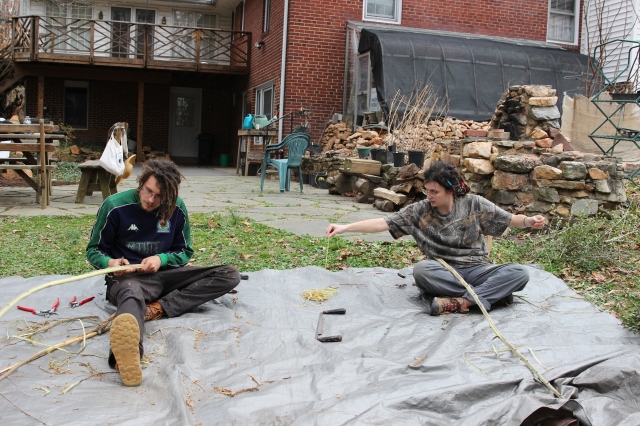 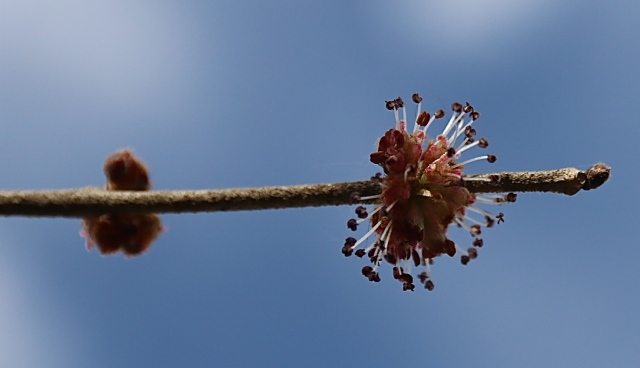 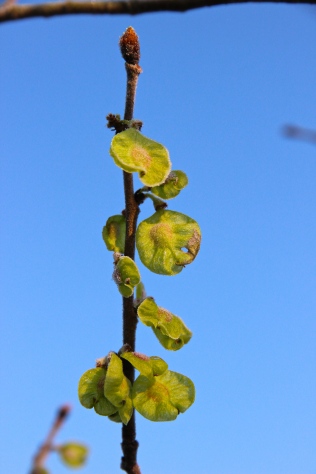 Here is the recipe for Nutritive Gruel of Slippery Elm from one of our beloved Appalachian teachers, Paul Strauss:

“To make a nourish gruel, bring 1 cup of milk to a simmer. Add 1-1/2 teaspoon of powdered slippery elm and 1 teaspoon of honey to the milk and stir until it reaches the boiling point. Remove from the heat. Stir the gruel a few seconds more, adding a pinch of cinnamon powder if desired. This is delicious and very good for young children.”

We adapted the recipe at the Green Farmacy to use about a half cup of  milk, water, or a milk substitute like almond, coconut or flax milk and a couple of tablespoons of slippery elm powdered bark, and spiced with cinnamon and honey to make thick delicious gruel. 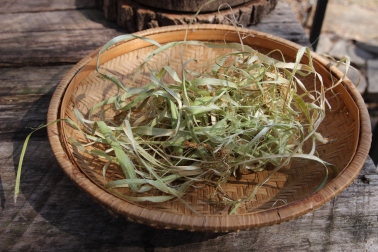 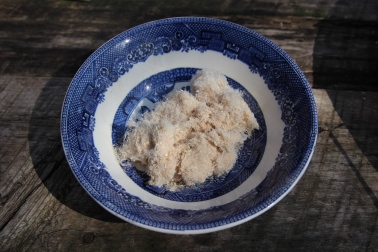 or… simply go to the store and buy slippery elm lozenges or a health food store to get powder.

The medicine from slippery elm bark is not only used for inflamed sore throats and coughs, but also excellent to coat the gut for irritable bowel, and as a poultice for wounds and dry chapped skin.

For more info regarding tours and volunteering at the Green Farmacy Garden contact us at greenfarmacygarden@gmail.com 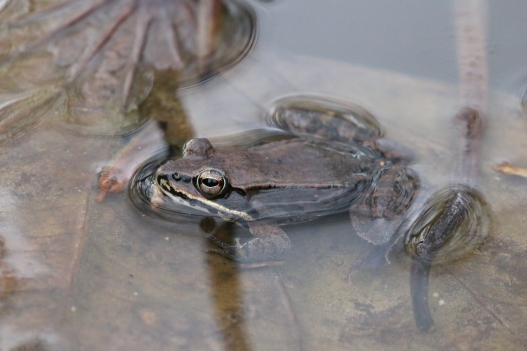 Wood frog, Rana sylvatica, down in the pond 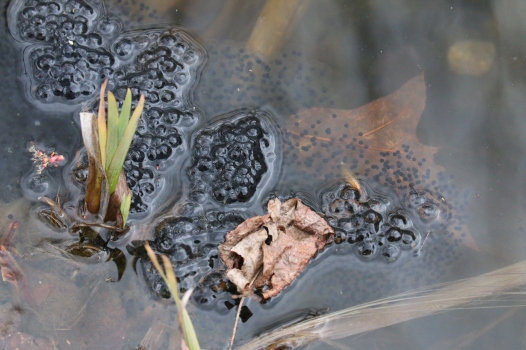 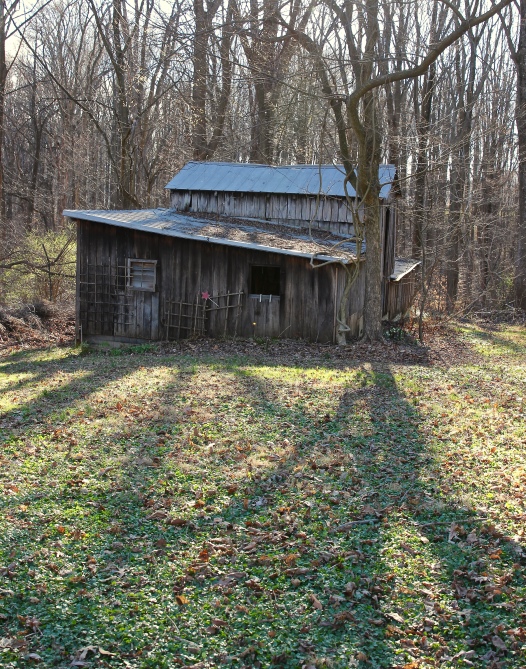 the old barn on the edge of the valley