EBOLAPHOBIA by James A. Duke

We taxpayers deserve to know, now, before they fast-track some moneymaking poison that may hurt some Ebola and a lot of people

My editors here at Pathways dislike my choice of big words I use, sometimes even invent, like the one I used to describe myself as a vacciniphobe, someone who fears vaccines or vaccinations, like the flu shots. I almost goofed and called myself a vacciniaphobe, which would mean someone who fears Vaccinia, one of the many viruses that might confront us again via bioterrorism. [[OPTIONAL: According to Wikipedia on Google, Vaccinia virus belongs to the poxvirus family, which includes smallpox. Vaccinia virus is in the vaccine that eradicated smallpox, making it the first human disease to be eradicated (under the World Health Organization, under the Smallpox Eradication Program). Currently, there are concerns about smallpox being used as an agent for bioterrorism, there is renewed interest in Vaccinia. So I am both vacciniaphobe and vacciniphobe, and slightly ebolaphobe.]]

October 24, 2014, Dr. Anthony Fauci, infectious disease chief at the National Institites of Health (NIH), proudly pronounced that nurse Nina Pham was free of Ebola as she was released from the hospital. But I watched her release on the noon news, and Dr. Fauci pronounced her virus-free. He like many Americans seems to be preoccupied with Ebola, and I am rather sure he meant to declare her Ebola-free, not necessarily virus-free. Most of us know that we humans are 90% microbe, and only 10% human. Among those microbes, most are bacteria, but there may well be several fungi (and/or yeast), and probably quite an array of viruses. Probably 90% of us have a trace Epstein-Barr virus, or have antibodies to it. So far, I have not found a source to tell me how much and how many viruses the healthy human houses. I’ll wager I have a half a dozen at least right now, though most do not now have the upper hand, e.g., cold, enterovirus, flu, herpes, hepatitis, rhinovirus, and, from my earlier years, measles, mononucleosis, and mumps, maybe cowpox.

Melatonin used to be as cheap as aspirin. Scientists at the University of Texas Health Science Center, in San Antonio,Texas, USA, may change that. In the PubMed abstract, they say, “the use of melatonin for the treatment of Ebola virus infection is encouraged” (X25262626). They compare the symptoms of Ebola with those life threatening symptoms of sepsis, which Mrs. Duke suffered three summers back. [[OPTIONAL: They suggest that melatonin can disrupt, endothelial disruption, disseminated intravascular coagulation, and multiple organ hemorrhage, if that means anything to my readers.]]

The good news (in case such positive reports on melatonin cause a shortage) is that many common food plants contain melatonin. The bad news it is that the melatonin is at such low levels that I’d have to eat thrice my weight in rice to get a significant quantity of melatonin. No, while I am an advocate of natural food farmacy, not in the case of melatonin.

In response to the current viriphobia, I have been rooting through our governmentally sponsored NIH PubMed journals search, seeking published articles on viruses. I seek those PubMed citations dealing with herbs or phytochemicals that might help, significantly or trivially, in a viral epidemic. We are not yet in a viral epidemic. We are suffering what I irreligiously call hysterical viriphobia, fanned by the constant headlines in the periodicals and on the TV. I use that politically incorrect word hysterical, amused by the title of one article (in French) which translates, ‘Coexistence of mass hysteria, konzo, and HTLV-1 virus’ (X10816753). The article tells me that ebolaphobia (mass hysteria over ebola) might do more damage here than Ebola itself. Among all those vacuous “words of wisdom” from CDC (like wash your hands; don’t touch doorknobs and elevator buttons, seems like CDC has washed it hands of a natural approach to virus) and the new Ebola Czar, they talk of new synthetics, often GMO, vaccines which in some cases may prove more dangerous than the feared viruses CDC washes their hands of for a despairing public, seeking some magic medicine. You see, CDC and Big Pharma, if not FDA, have concluded there is no money to be made in using natural antiviral (or immune boosting) chemicals in the foods our ancestors have long ingested, like garlic, licorice, onion, persimmons, and turmeric, even honey (all in my Viroxymel). 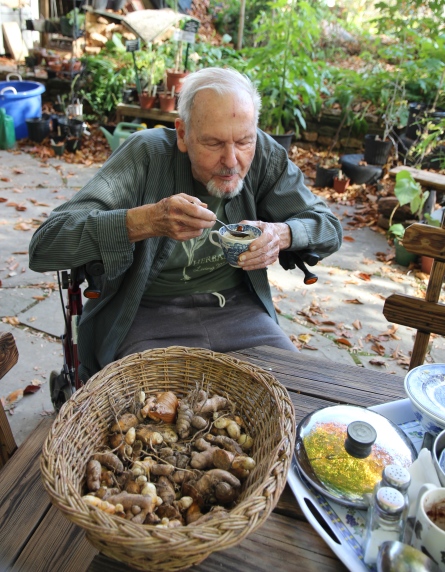 Yes, honey! Have you ever heard of an oxymel, defined by the Free Dictionary as a mixture of honey, water, vinegar, and spice, boiled to a syrup. Well, I don’t boil my oxymels, and I use them when the flu is going around. And, I add several diced antiviral spices, chopped up in my honey and vinegar, to make an antiviral oxymel, which I call my Viroxymel. This year, I’m betting most on the antivirals garlic, licorice, onion, persimmon, tea, and turmeric.

Those who sell green tea (Camellia sinensis) may sell a little bit more to ebolaphobics who study this PubMed abstract appearing in the journal Antiviral Research, and cryptically entitled, “HSPA5 is an essential host factor for Ebola virus infection” (X25017472). The abstract did not even define HSPA5! So, I did some more digging and found that HSPA5 is heat shock 70kDa protein 5 (glucose-regulated protein, 78kDa). That doesn’t help you or me much. All we need to know is that HSPA5 is necessary for an ebola infection to survive. All that coming this year from Ft. Dietrick, where I enjoyed serving two of my military years, back in the 1950’s. And then the good news! There is a common compound in a common food with an uncommonly long name, (-)- epigallocatechin gallate (EGCG), which might lessen the liklihood of ebola infection. Your tea leaves may contain up to 5% or more EGCG. Other NIH PubMed citations tell us that EGCG might help with other viruses Epstein-Barr, flu, herpes, hepatitis B & C, papilloma virus, T-Cell lymphocytic virus. EGCG is the first HSPA5-Inhibitor I ever heard of from plants. Mark my word, eager investigators will soon start churning out research papers on other natural HSPA5-Inhibitors in many of our food plants, herbs, medicinal plants and spices. Big Pharma will seek unnatural synthetic HSPA-5 Inhibitors our genes have never known. Some will be less dangerous than the virus; others will possibly be more dangerous, as science marches onward during these ebolaphobic days. Meanwhile, if you chew enough garlic, your garlic halitosis may discourage Ebola-bearing guests from getting too close. I’m busy compiling a list of those antiviral spices and which viruses they have been reported to help. Some skeptics say there are no antiviral plants. They might selfishly argue that they work by boosting the immune system as their vacccines are also reported to do. Me, I’d rather eat an immune-boosting clove of garlic or enjoy my Viroxymel than take an immune boosting flu vaccination. Mrs. Duke would rather take the flu-shot. I am accumulating hundreds of PubMed citations on antiviral plants from the governmental NIH library. The scientists who wrote these papers often list some herbs and the chemicals reported to help control if not kill the virus (if indeed it is alive to be killed).

Garlic can be hot and that alone might make you thirsty. Garlic is not yet reported to work on Ebola. But it works on a lot of other viruses. Try it. Sweeten your antiviral green tea with honey and spice it up with antiviral spices. That’s my first suggestion for a food farmacy approach, my Viroxymel against Ebola, perhaps a little better than nothing, perhaps better than what Big Pharma will push on the ebolaphobics. 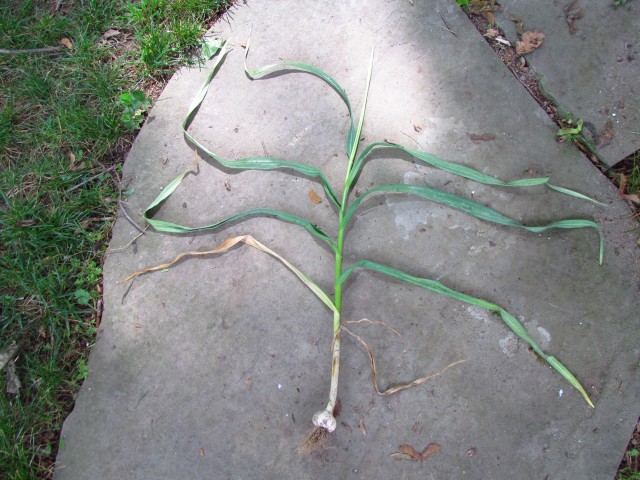 Many published papers suggest that honey is antiviral, alone or in concert with some of these antiviral spices. In 2014, Japanese scientists studied of Manuka honey (which I have used to cure an ulcer on front of both my ankles). The authors said, in technical terms what translates to, “Manuka honey efficiently inhibited influenza virus replication and, in combination with synthetic pharmaceuticals, zanamivir or oseltamivir, potentiated them nearly 1,000-fold” (X24880005). Beekeepers at the Green Farmacy Garden (GFG) produced some honey here for the first time this year. And I have no reason to believe that our honey is inferior to Manuka, since our bees have a much greater variety of herbs to visit than the comparatively monotonous Manuka forests. A Portuguese study suggested that “Água-mel,” as a honey-based product, was good for simple symptoms of the upper respiratory tract (X23422034). Manuka and clover honeys (0-6% weight) were antiviral against varicella zoster virus EC50 = 4.5%. “Honey is convenient for skin application, is readily available and inexpensive, honey may be an excellent remedy to treat zoster rash in developing countries, where antiviral drugs are expensive or not easily available” (X22822475). Honey potentiated acyclovir in the treatment of herpes simplex keratitis (X22242438). Oseltamivir and maxingshigan-yinqiaosan, alone and in combination, reduced time to fever resolution in patients with H1N1 influenza virus (X21844547). Indian researchers compare topical honey application with acyclovir for recurrent herpes simplex lesions (X16940940). One Saudi scientist concluded that topical honey application is safe and effective in the management of the signs and symptoms of recurrent lesions from labial and genital herpes. The abstract suggested that it was less effective than acyclovir and but had fewer side effects (X15278008). Syrian scientists (1996) concluded that honey solutions were effective against Rubella virus while thyme extracts were not (XX9395668). Burdock (1998) and Rau et al. (1992) add that propolis may have antibiotic, antifungal, antiinflammatory, antitumor, and antiviral properties (XX9651052; XX1423745).

As for spices to go in your spiced aguamel or oxymel or Voroxymel, I mention a few with an evidence-based list of viruses reportedly reduced or inhibited by the spice:

Green Tea: We have tea in the GFG but brought it into the green house in late October. As mentioned above, thus does contain a chemical (EGCG) that can arrest Ebola infections.

Persimmon: Late October and my bearing persimmon is bare, leaves all blown off, and there are only a couple fruits still hanging on there. My readers may well know how puckery unripe persimmons can be. That puckery effect is due to the astringent tannins or polyphenols. Astringency might help in some hemorrhagic fevers, if not Ebola. It is the astringency that contributes to the antiviral properties of persimmons against a dozen viruses: adenovirus, coxsackie, feline-calicivirus, H3N2-flu, H5N3-flu, herpes simplex, murine-norovirus, Newcastle, polio, rotavirus, Sendai, and vesicular stomatitis (XX23372851). 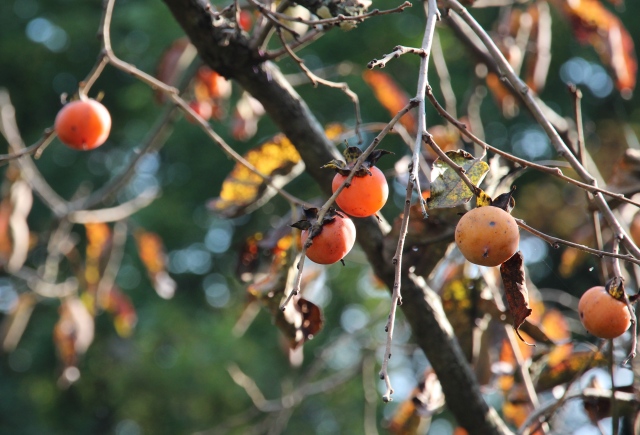 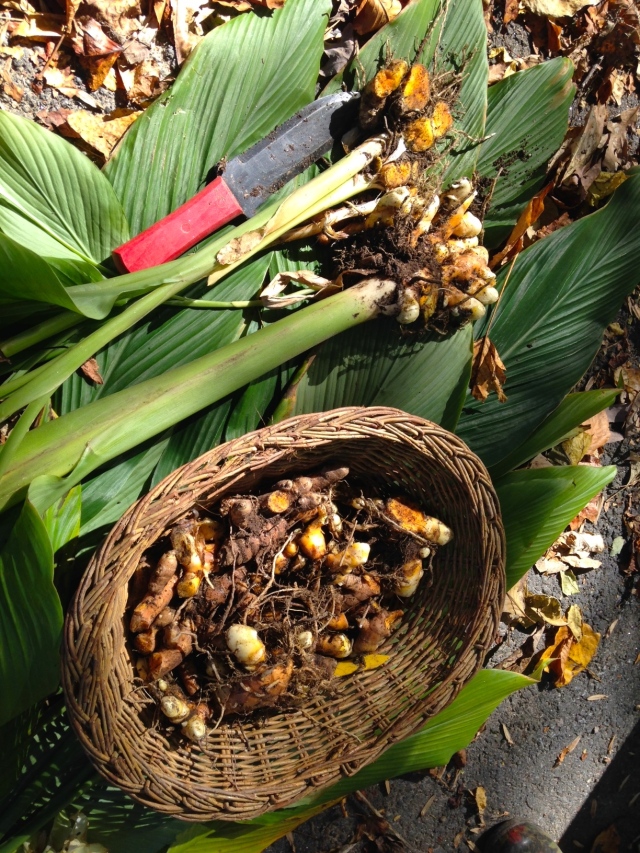 Since Big Pharma, CDC, and FDA seem to have written off the antiviral chemicals (no money to be made there, they say; they can make more money damaging and even killing people with unnatural statins and vaccines). I will finish off 2014 (maybe even yours truly, too) compulsively compiling on published natural antiviral chemicals in such wholesome herbs as garlic, ginger, green tea, licorice, onion, persimmon, and turmeric, for example. There are many, and they seem to be currently ignored by Big Pharma, CDC, and FDA, as they knowingly or unknowingly push their more dangerous and expensive alternatives, too often unproven vaccines. I’d like to know that CDC and FDA are sure their recommendations are better for the American public than what I suggest herein.

After consulting the NIH PubMed evidence, and without futilely trying to consult Big Pharma, CDC, or FDA, I suspect Viroxymel is better for flu and several other viruses, if not Ebola, than what Big Pharma has to offer and CDC and FDA seem to champion. I don’t know. Neither do BigPharma, CDC or FDA know. We all need and deserve to know.

vacciniphobic jim in his grotto

16 Responses to EBOLAPHOBIA by James A. Duke