The many faces (phases), & stories of Helleborus‘;

Helleborus niger / orientalis
lenten rose, christmas rose
.
*
The Helleborus’ winter blooms had to be paid their proper breathtakingly due respect, before welcoming the colorful energy in the becoming of spring. These striking & modest shade hidden blooms carpet the woodland edge with their bright & moody bounty. 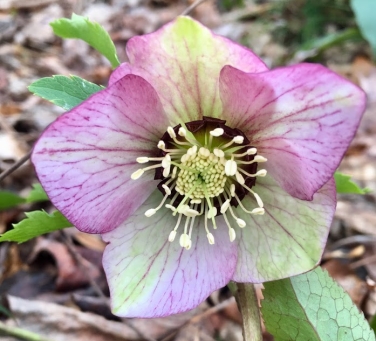 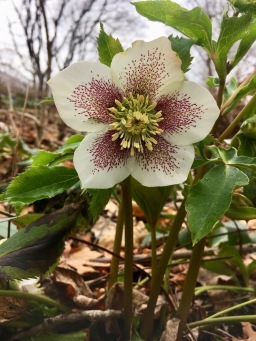 The hellebores have been blooming for over a month now beyond the Green Farmacy pond, blanketing the woodland edge below the hill, and lining the trails leading in. They’ve been coaxing us since the wee whisperings of spring upon the winter wind, easing us into the exploration & curiosity of the next season. Their mystic standstill of time leading to hidden hints, unveiling in the shadows of the woodland and garden.

At the Green Farmacy Garden the pond is down at the bottom of the hill beyond the terraces, and below the water is where the hellebores, snow drops, then crocuses first peak up their heads, hinting to spring & welcoming us to emerge.
Walking down the delicate skeleton-lined garden levels, last autumn’s stalks rustle in the spring breeze & past seeds sprinkle the paths. Present Rejoicing in the cycles o the natural life unfolding   below, above, here & beyond. Changes Reminding us that there’s always life growing and budding infinitely.

Hellebores are of the family Ranunculaceae, from the Latin ranunculus, meaning little frog. They are aptly named, for much of this family, including the hellebores, prefer to grow in moist places near springs, wet meadows, or shaded woods, where frogs also love to be. It seems that these plants can hardly wait for spring to come, along with their amphibian kin, as they chorus at the first sign of a spring breeze. 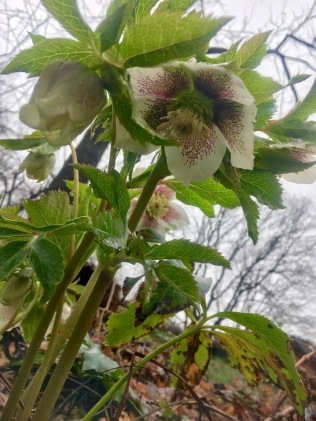 They originated throughout Europe from Germany to the Alps of norther Italy to the south, as well as Greece and Asia minor, with the greatest concentration of species occurring in the Balkans. They are hardy in USDA zones 4-8b.

Helleborus will grow in any well-drained garden soil and is extremely shade tolerant. It is great for under plantings around shrubs and troublesome shady spots in the garden. Seedlings can be directly sowed or started indoors and transplanted no later than their second year. Sometimes it takes a few years for flowers to appear. Be patient and your hellebore will bloom by its third year. Divide as necessary in mid to late summer once the rootstock is big enough to be cut.

Hellebore can be extremely poisonous. It is best to wear gloves when working with it to avoid absorption through the skin. Wear gloves while harvesting. Harvest hellebore just after it blooms, on a moonless night, if you want to get fancy. Hang to dry and store in a sealed container away from moisture and light. Here at the Green Farmacy the Helleborus’ have taken their fill of the moist forest border beyond the pond and are well and happy spreading to their roots’ content.

The gorgeous flowers bloom from midwinter to spring. They are a mystical perennial lining the woodland border paths below the pond here at The Green Farmacy. One cain’t help but to imagine a joyful nudge to get into the sludge from ol’ Jim, a lover and harmonizer of the frogs of all kinds -er the southern rainforest and northern lily ponds alike.

Helleborus‘ offer breathtaking winter foliage of large pedate-parted leaves, reminiscent of many-fingered hands. They grow 8-14 inches tall, with striking flowers 2 or 3 inches large, with 5 petal-like sepals. The sepals surround a ring of cup-like nectaries, teeny yellow petals modified to hold precious nectar.
The flowers here at the Garden bloom in an array of deep mauves, carmines, blush pinks, piercing whites, & rose speckled cream. They love a delightfully dank & shady place, among shrubbery friends sprawled under woodlands. Once established the plant cares for itself.  For this reason it was traditionally planted above graves in Europe.  The petals catch the moonlight giving them an exquisite ghostly glow.
Though it resembles members of the rose family, Helleborus is part of the buttercup family. These two families are very similar in appearance but they have an important difference. Most members of the rose family are edible, or at least harmless. Most members of the buttercup family are poisonous, or at least mildly toxic. 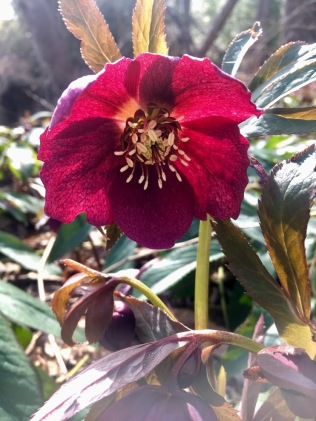 Helleborus orientalis
All parts of Helleborus are said to be toxic… It contains, mainly in its rootstock, the burning, acrid-tasting narcotic, helleborine, an active cardiac poison. The horrible taste makes it difficult for one to unintentionally consume enough of the plant to be lethal, usually resulting in it being spit out before its intense purgative effects set in. Helleborcin is another toxin within the plant that has a sweet sort of taste, acting similar the highly active cardiac poisons found in Digitalis (Foxglove).
Poisoning by this plant causes tinnitus, vertigo, stupor, and thirst.  It also includes a feeling of suffocation, swelling of the tongue and throat, followed by violent emesis (vomiting) and a slowing of the heart rate until it causes death by cardiac arrest.  It will also burn the eyes and irritate the skin when in direct content with the juice of the plant, including contact with bruised leaves.  Chemically it is related to the venom found in certain toad skin. 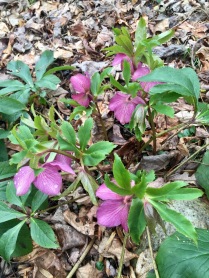 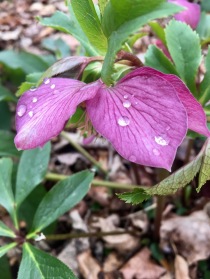 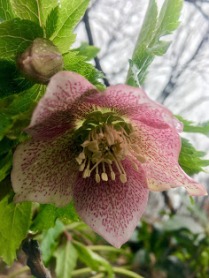 To me, snowdrops and hellebores blooming in unison at the beginning of February, in their distinct divine duality, represent the harmony of light & dark dancing, balancing, & weaving together. 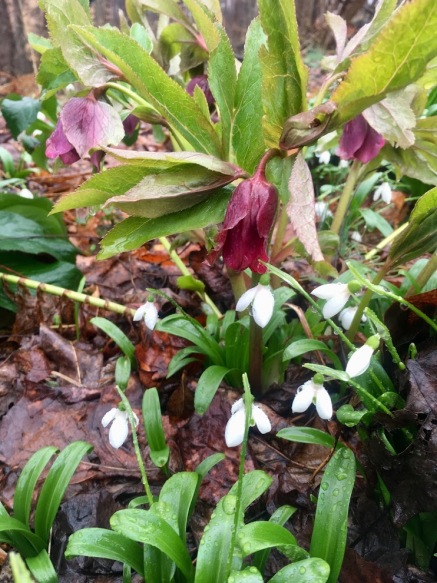 Upon their arrival & first blooms together at the time of Imbolc or Candlemass, when the northern hemisphere is feverishly wondering if spring’s step will be quickened or Winters blanket will linger. And now, a moonth cycle and phase later, the blooms are still persisting forth welcoming the next ephemeral phase. The dark isn’t always what it seems, for the stars without couldn’t be seen. The shadow isn’t something to fear, for the light keeps us humble & clear. 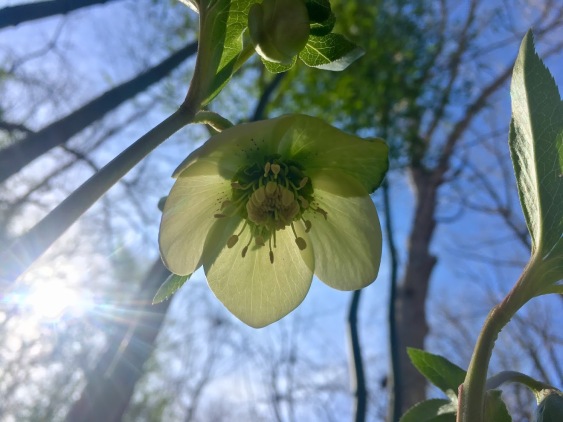 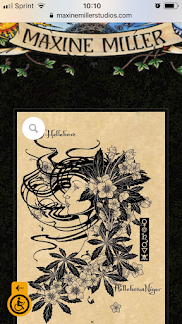 “Ordinary” plants have a normal yearly development. They bud in the spring, grow vigorously into the summer, and climax in making fruit and seed in the fall.  Then the next year, the cycle starts again-a faithful mirroring of the dynamic interaction of earth and sun in the yearly cycle. Most poisonous plants fall out of this cycle. Their habitus is unusual and bizarre. The Christmas rose, (Helleborus niger) blooms atypically in the dead of winter.
Another name- christe herbe; In Christian plant lore, this dark herb was ironically seen as a symbol of innocence.  It was considered holy and able to ward off evil spirits.  According to their mythology the christmas rose grew from the tears of an empty handed shepherdess girl in the presence of the christ child, for which she had no gift. Where her tears dropped, the first hellebores grew.
The genus is an ancient Greek name for the plant comes from elein, meaning “to injure” and bora, meaning “food”, alluding to the plant’s poisonous nature.The entire plant is poionous.

Melampodium, an old name for Hellebore, refers to the ancient physician Melampus who used Hellebore to cure the daughters of the king of Argos of the madness of the maenads. These women were the much feared worshippers of Dionysus who were known for their ecstatic frenzies they would achieve during worship.  Whether she was actually mad, or just an independent woman worshipping with others like her is unknown.

Some have speculated the Alexander the Great died of Hellebore poisoning while being treated for an illness. Meanwhile it was said to have been a common prescription of Hippocrates for insanity and mania. In medieval medicine it was used to cure demonic possession, madness and epilepsy.  At that time these ailments would have been looked at as one in the same.  The powdered roots and leaves would be smoldered to calm one already in a frenzy. It had a reputation for its connection to madness and mental deterioration, supposedly creating a catatonic like state in those suffering the madness of maenads, however in healthy individuals it would induce similar symptoms, which could speak to its homeopathic like uses.

Both the green and black hellebores were used in incense to cause frenzy. Witches did not use such incense, but mischievous sorcerers and magicians were said to introduce a bit of this herb into the censers during church ceremonies and stand outside, waiting for the congregation to turn violent and unruly. This was a typical magical joke of centuries ago. It was also used in exorcism and countermagic incenses, and the fresh herb was pressed against the forehead to stop headache. Grecian witches faced east and cursed while cutting it.
In addition, Hellebore was used in the flying ointments, those made to induce astral projection. The root of black hellebore, when powdered and scattered on the ground, was thought to make one invisible. An interesting piece of French lore, mentioned by marvelous Mrs. M. Grieve, is about a sorcerer who utilized its powers of invisibility to move about unseen through enemy lines, by throwing the powdered plant in the air about himself. One wonders if the powder would burn and blind the eyes when throw into view.

Hellebore is associated with Mars and Saturn and corresponds to the element of water. Paracelsus picked the leaves of one of his very favorites, the Christmas rose (black hellebore; Helleborus niger), a Saturnian plant that rouses the “black bile”, on Saturdays at sunset when Saturn was in a good house and preferably high in the sky. It is used in magic & energy work for healing of mental/emotional afflictions and for banishing and exorcisms.
It has also been used for increasing intelligence and ancient magicians also used hellebore to change the nature of other plants, to make their fruits have various unpleasant and unhealthy properties by either grafting the plants together or using hellebore as fertilizer. 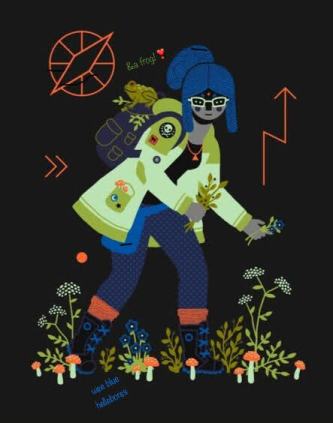 This is a baneful herb that should never be ingested and you should wear gloves when handling it. For magical purposes, roses can be substituted for hellebore.
Black hellebore (Helleborus niger) was used as the universal purge, and white hellebore (Veratrum album) was the universal emetic.
Hellebores have been connected with rebirth and gaining intelligence through spiritual means.  If there was a poisonous plant that most closely reflected the nature of the medieval magician and his machinations, it would be Helleborus. Similar in the was that Deadly Nightshade has connections with the witches of medieval folklore, hellebore seems to be the perfect male counterpart to this concept. 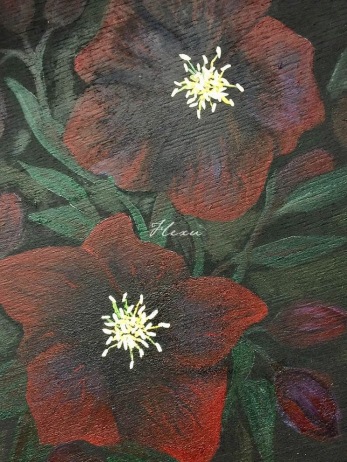 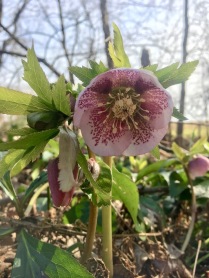 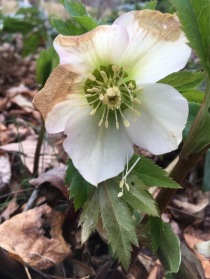 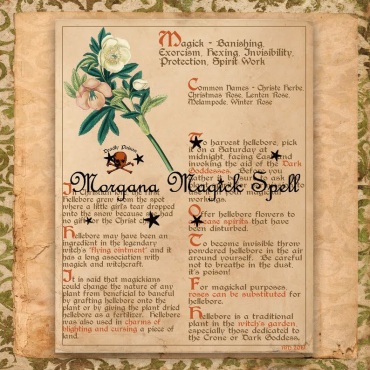 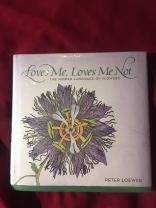 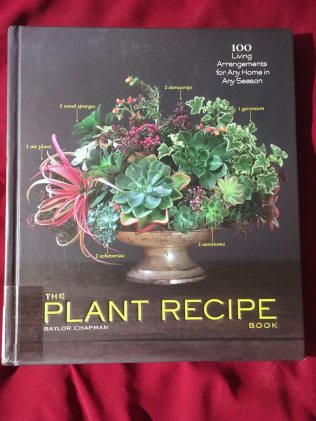 Helleborus bouquets to dapple the home.*